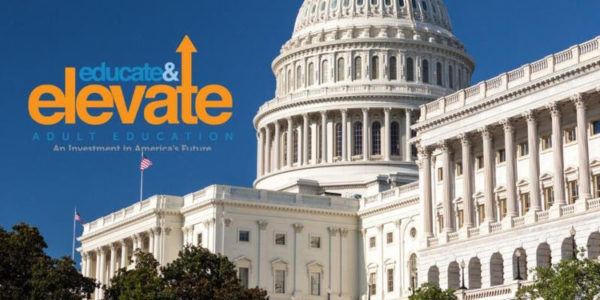 The 116th Congress convened, and for the first time in eight years, Democrats controlled the House of Representatives. Nancy Pelosi (D-CA) was elected Speaker of the House which marks only the second time in history that a former Speaker has been re-elected after losing the majority in his/her previous tenure. 63 new Democrats and 37 Republicans began their first term in Congress, which is the most diverse in history and includes over 100 women.

Speaker Pelosi and other Congressional leaders from both parties met with President Trump met this morning to discuss how to end the current partial government shutdown, but little progress was made on finding a solution for funding a wall along our southern border, which is the key sticking point to ending the current government shutdown. There will be staff negotiations over the weekend in the hopes of finding a compromise that will reopen federal agencies that have been closed as a result of the partial shutdown.

The first order of business for the new House Democratic majority was to address the shutdown by passing a FY 19 spending bill that would provide funding for the rest of the year for agencies impacted by the partial government closure, as well as reopen the Department of Homeland Security through early February while negotiations over the wall continue. However, Senate Majority leader Mitch McConnell (R-KY) has indicated that he will not bring the bill to the Senate floor as President Trump opposes it. As a result, the shutdown could continue for the foreseeable future.

Thankfully, the FY 19 Labor-HHS appropriations bill, which provides funding for the Department of Education was enacted in October and as a result, adult education programs are not impacted by the partial shutdown.

On the administrative side, the first order of business for the new Congress is the assignment of Members to Congressional Committees. The House is expected to make Committee assignments this coming week.

However, House Appropriations Committee Chair Nita Lowey (D-NY) did announce today the chairs of each of its twelve Subcommittees:

In addition, Rep. Bobby Scott (D-VA) was chosen to become the Chair of the newly renamed House Education and Labor Committee.

While most of the attention this week has been focused on the Democrats takeover of the majority in the House, the Senate announced yesterday its preliminary Committee rosters for the new Congress, which will be made official later this month. Please find the list of the Members on key Senate Committees below.

A few notes of interest regarding changes in membership on these Senate Committee rosters:

There are no changes to the Appropriations Committee lineup from the previous Congress.

Lastly, Agriculture Committee Chair Pat Roberts (R-KS) announced he will not run for re-election in 2020 after serving four terms in office.

Tell new and returning Members of Congress that Adult Education is important.