Voting Member of the Board 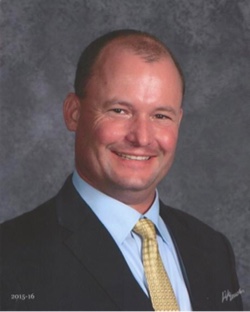 John Werner is the executive director of Sequoias Adult Education Consortium, which serves ten school districts and one community college and has a total adult education student population of just under 10,000 students in the southern region of California’s Central Valley. John is also the California Adult Education Administrators Association (CAEAA) state president and the California Council for Adult Education (CCAE) Central Section past president. In both roles, he has served at a state board level. John was the CCAE state conference chair in 2019. John’s adult education administrative experience also includes assistant principal of curriculum and instruction and principal of Visalia Adult School, which, during his tenure there, provided programs and services to approximately 4,500 students in Career Technical Education, Adults with Disabilities, English as a Second Language, Citizenship, Adult Secondary Education, and Jail Education. John was the Association of California School Administrators (ACSA) Administrator of the Year: Adult Education in 2015. He has been publicly recognized at the state and local levels for his work in adult education every year since 2015. Most recently, he was awarded the Certificate of Merit for 2020, a statewide award, by CCAE. John began his career in education in 2000 as a high school English teacher. John has his Bachelor of Arts in English from California State University, Chico, and his Master of Arts in Education, Administration, and Supervision from California State University, Fresno, where he was a California State University Chancellor’s Fellow.

John has participated in many state focus groups charged with improving California’s Adult Education Program (CAEP) through the development and implementation of statewide policy. He is currently a member of the California CASAS Program Evaluation Team. As the president of CAEAA, John is also a member of the joint legislative action team between CAEAA and CCAE. He has provided training at the local, state, and national levels on topics ranging from program development to policy design and implementation. John’s most recent work has focused on immigrant integration, fiscal policy, educational policy, advocacy, and program alignment with regional and statewide partners.

John’s experiences have given him the opportunity to represent a diverse population of stakeholders in adult education and workforce development, and he is regarded as a leader in California’s adult education system. He provides regular consultation to the California Department of Education, California Community College Chancellor’s Office, and the State of California Employment Development Department. He also serves in a leadership and consulting role to California state legislators on issues critical to adult education and workforce development. John has relied on his abilities to listen to, communicate with, and champion multiple perspectives in his work. His “why” is plain: John sees his work in adult education as a calling to redemptive service and an opportunity to give marginalized populations access to greater success.